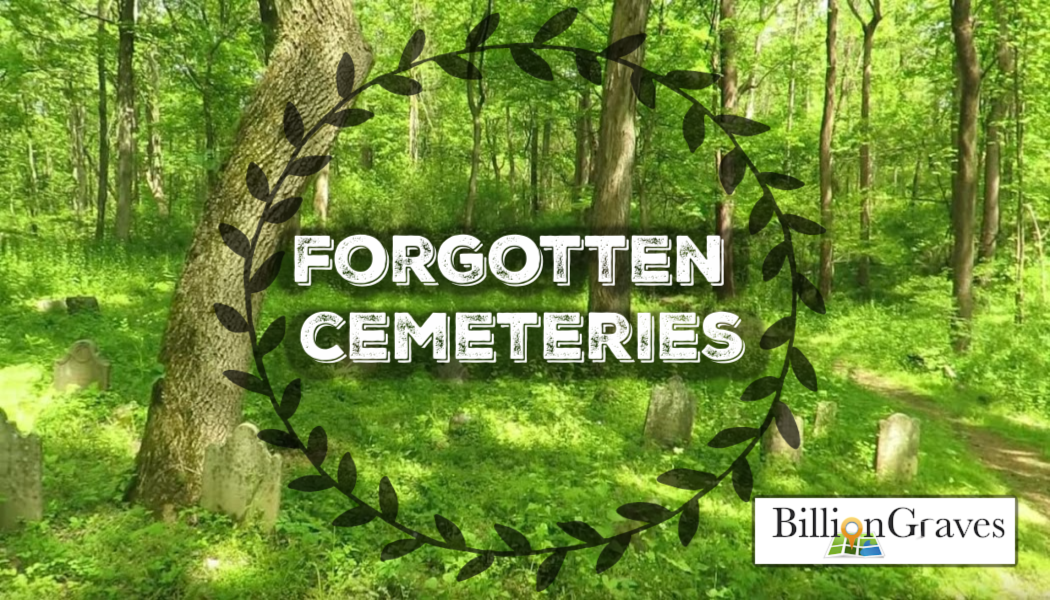 Barry Russell, a retired engineer for Verizon and current BillionGraves volunteer, was born and raised on Long Island, New York.

And although he has had a life-long love for graveyards, Russell never suspected he would spend his retirement years searching for abandoned cemeteries deep in the woods of South Carolina.

“I have always been interested in cemeteries,” Russell said, “I liked walking through the graveyards in the whaling towns on Long Island as a child to read the interesting epitaphs. In fact, I am our family’s genealogist and historian.”

“At one time, this was all cotton country,” Russell said.

And cotton was grown on plantations. Historians have been able to identify fifteen historic plantations in McCormick County thus far and the primary crop for all of them was cotton.

In the mid-1700s and early 1800s the land was cleared of trees so that cotton could be grown across the rolling hills and meadows. In addition to the large cotton plantations, there were also small farms in the area.

Both the plantations and the farms had their own cemeteries for family burials, most of which were small or mid-sized.

Some churches had large cemeteries, but for the most part, people buried their relatives on their own land.

Prior to 1865, the cotton that was grown on plantations was produced through the labor of enslaved African Americans. They too were often buried in cemeteries on plantation lands.

Russell said that tombstones were difficult to obtain during this period, so many grave markers were simply hand-carved rocks.

By 1865, at the conclusion of the American Civil War, most of the plantations were broken up into smaller farms. Some were run by landless farmers who worked the land owned by others in return for a share of the profit. Other farmers rented the land and assumed the costs of production themselves.

Most of these farmers continued to grow cotton as their main crop. They also buried their kinfolk on the land they rented or farmed.

Farewell to the Family Burial Plots

Burials in backyard plots continued in McCormick County until the 1950s. Then some changes occured that caused a shift in industry and population.

Second, synthetic fibers were developed which largely took the place of cotton in textile manufacturing.

And finally, machines began to replace laborers during the cotton harvest. Prior to that time, cotton-picking had been a key source of income for many southern families. Even children were put to work in the fields picking cotton during school recesses.

As Southern farming families migrated to other areas, they bid good-bye to their family burial plots, often never to see them again.

In time, the land began to return to its natural state. Russell said, “Pine trees grow very fast in this area. And as the farmers moved out, most of the cemeteries were abandoned.”

By the time Russell and his wife moved to McCormick County, South Carolina, the main industry had become logging. “All the land had gone back to forest – pine trees, hardwood trees, and brush,” Russell continued, “and the cemeteries were in the middle of all of this.”

So how did Barry Russell find these cemeteries and document them with the BillionGraves app? He started out by searching old library records. Russell said, “We are very fortunate to have a very good library here in McCormick and we have some terrific local historians here in town as well.”

His efforts paid off by identifying 112 private and public cemeteries in the small county of McCormick.

Next came the hard part . . . finding those missing cemeteries! But it was also an adventure that others wanted to take part in. Sometimes large groups came together to help find a missing cemetery.

They used compasses, walkie-talkies, GPS devices, computers, and cell phone apps to help with the hunt. They talked and planned, guessed, and came up with theories.

When at last they found a lost cemetery it was a great cause for celebration!

But many days it was just Russell on his own searching in the woods.

One day when Russell was on a cemetery-seeking journey he happened to meet Harry Klug, who was retired from the Navy. Russell asked Klug if he would like to go on an adventure to find a cemetery. “He said he would and he’s been hooked ever since,” Russell said.

“I have to say,” Russell continued, “He has been a big help, especially when it comes to safety. There have been cases where it has taken us days to find a small cemetery in the woods. If I was by myself and fell and got hurt, there would be no way anybody could find me.”

Satellite map images show that the areas where Russell and Klug have found cemeteries are thick with trees for miles in every direction.

Russell started out using another cemetery website about 15 years ago, but then when BillionGraves was developed, he realized that it would be far more convenient to use BillionGraves since he could upload the photos right from his phone instead of having to hook up to his computer.

“I also really like that BillionGraves’ records tie into FamilySearch,” Russell said, “and of course the GPS features on BillionGraves are fantastic for what I am doing.”

“When we find a cemetery, we try to clean it up a little bit,” Russell said. “We remove branches, weeds, and some of the brush. There’s no way we could do major work on the tombstones. We don’t have the manpower to move the big ones that have gone down, but we have righted a few of the smaller ones.”

To date, Russell says that out of the 112 cemeteries that have been identified in McCormick County, they have found 63 of them.

A Smallpox Cemetery in Georgia

Barry Rusell is not the only one hunting for abandoned cemeteries. Sunshine Witt of Hiram, Georgia has a goal to contribute 50 hours of community service by taking photos with the BillionGraves app. Her favorite way to do this, like Russell, is to search for abandoned cemeteries in the woods. She said that there are many in her area.

One day Witt found a cemetery in a forest under thick brush. As she pulled back the vines and weeds, she read each epitaph. It took a little while for her to piece together the story.

The hidden graveyard was called Budapest Cemetery. Witt said, “I realized it was a family that had moved to America from Hungary to grow grapes and start wineries. Then one-by-one, they contracted smallpox and each person died one after another. There were sixteen of them. I could only imagine how they had felt.”

An Abandoned Cemetery with a Gate but No Gravestones

Eagle Scout Boyce Baylor led a group of 24 scouts and leaders in restoring an abandoned cemetery that was completely overgrown.

If it wasn’t for the gate, the cemetery might have gone entirely unnoticed since grass and weeds obscured the gravestones from view. It was identified as Kendall Cemetery and is located in Lewistown, Montana about 125 miles from Billings, Montana.

Baylor said, “We cleaned around the whole area, walked it off in sections and tried to find and photograph every single headstone in that cemetery.”

If you, or someone you know, is an Eagle Scout candidate and would like to take photos at an abandoned cemetery (or at one that is well-established and cared-for), click HERE to check out BillionGraves’ blog post Eagle Scout Cemetery Project in 12 Easy Steps. Then contact us at Volunteer@BillionGraves.com to get started.

What if You Find an Abandoned Cemetery?

If you find an abandoned cemetery, not only will it be very exciting, it is a great opportunity to serve those who have passed on and their descendants.

You can ADD the abandoned cemetery to the BillionGraves website!

Almost every morning Roger steps out the back door of his home in rural Tennessee and goes for a walk. At one time the area was farmland, but now it is a subdivision with newer homes. He usually headed for a path that went around a stand of trees bordered by a white vinyl fence on common ground in the center of the houses.

But one day it was so hot that Roger stepped over the fence and walked into the woods, seeking shade. As he did, he noticed a gravestone peeking out from beneath a thick overgrowth of ivy. The deeper he went into the woods, the more gravestones he found.

Eventually, Roger involved his community in cleaning up the abandoned cemetery. He had heard of the BillionGraves app and wanted to use it to document the gravestones.

But when Roger checked the BillionGraves website, there was no cemetery listed in that location because it was so tree-covered that it could not be seen on satellite maps.

So Roger had to figure out how to add this newly-found cemetery.

Here are 2 ways to add a cemetery to the BillionGraves database:

Click HERE to use the BillionGraves app on your smartphone to add a cemetery.

Thanks to Roger – and the BillionGraves app – the people who were buried in this previously abandoned cemetery will have their gravestones and legacy digitally preserved.

If you would like to take gravestone photos, whether in an abandoned cemetery or a well-established cemetery, click HERE to get started.

You are welcome to do this at your own convenience, no permission from us is needed. If you still have questions or concerns after you have clicked on the link to get started, you can email us at Volunteer@BillionGraves.com. We’ll be happy to help you!

May you and your loved ones always be remembered,

A Labor of Love on Labor Day

10 Ways to Get Children Excited about Family History