Fred McFeely Rogers was born on March 20, 1928 in Latrobe, Pennsylvania (where he is also buried). He is well-known for his show, Mr. Rogers’ Neighborhood, which is one of the most successful children’s shows in the United States. For his work in television, Rogers was awarded every major television award he was eligible for as well as two George Foster Peabody Awards, four Emmys, a “Lifetime Achievement” Award from the National Academy of Television Arts and Sciences and the TV Critics Association and many others.1 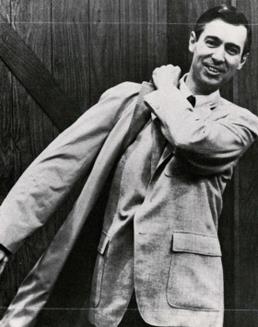 He is most famous for his genuine and loving personality as well as his iconic sweaters and sneakers that he would change into at the beginning of every show. He was a wonderful musician and wrote every song on the show including “It’s a Beautiful Day in the Neighborhood” and “It’s You I Like.”

For other fun tidbits like why the stoplight in Mr. Rogers’ Neighborhood was always yellow and who made all his sweaters, here are 35 interesting facts about Mr. Rogers:

Million More in May RESULTS